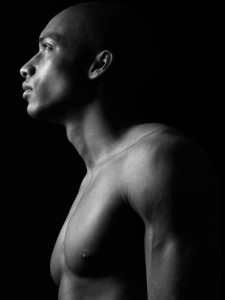 Society had me trippin’;had me wishing, thinking, and believing I was someone other than who I actually was. Often I lay down in the backyard when I was barely a teenager and felt that this was all just a phrase. I couldn’t be one of them. There was no way I could be what my friends and uncles called a faggot. No way was I…different. I had to be straight, I had to have wet dreams about girls and sneak playboy up to my room and hide them between my mattresses. And my walls, they were supposed to have posters of half-naked supermodels and penthouse centerfolds, at least that’s what I was told. It was supposed to be natural, a young boy like me with my crackling voice and bodily hair growth. But none of that interested me; I had different feelings, thoughts and fantasies that would exploit me as queer, but back then I didn’t have a clue that there were many like me everywhere. They had to stay hidden, pretending to be straight out of fear, humiliation and self-shame. Why?

I’m not going to sit here and expose my wishes to be straight because if I had those wishes I wouldn’t be happy with the man I am today. But I do wonder what if I was what society wanted me to me? I would have a wife and kids, maybe be homophobic towards someone like me. Maybe I would be against gay marriage and have the same attitudes towards homosexuality defined by the bible. Would I still have this heart? Would the same passion be behind my writing? Would I even smile or love the same? I guess we will never know that because being straight is not who I am. Being simply me is who I am.

Society still has me trippin because people who don’t know a damn about me are giving a damn about what I do behind closed doors or who my heart can’t help but love. “It’s wrong” they say, but they are who cheat, do drugs, lie, steal and commit other sins defined by that same book that to them justifies their right to disapprove of someone who is making a difference and just living the life every individual has the right to live. You know what? Straight does define me in the way that I give it to you straight and how I’m straight to the point and that I’m straight up happy with who I have grown into. But for those who want my direction to go straight, I say…