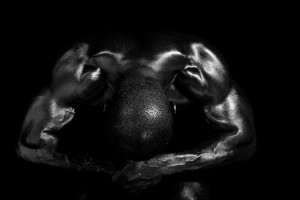 They all seemed so strange.
Northampton, Massachusetts wasn’t a place I’ve ever heard of before until I went to college in a nearby small town of Amherst. It was close to where I lived but yet so far away as far as atmosphere goes. My first travels to this town had me looking around at all the difference and feel a fear; a fear that I was a part of that difference and at that time in my life I wasn’t ready to embrace it or even acknowledge it. There were tree huggers and Goths, friendly musicians on sidewalk curbs translating the music of life and there were men holding hands with other men and woman embracing the open arms of other women and all I could tell myself was that I wasn’t ready for that kind of exposure. But college life did change me as far as opening a mind that was stuck in its own ways. I was around people of many views and backgrounds and people on the voyage of exploration. The overall experience helped me realize there was something inside of me needing to get out.

And I went through five years of college developing friendships and emotional bonds that began to confuse me. I started to wonder why I had the type of closeness to male figures that seemed a little too close. I developed jealousies that I couldn’t control because I was experiencing crushes on these other male figures that held me in a shame and ultimately shaped me into pretending to be someone I thought I was. And what really triggered this inner conflict I started to have was the way I had to force those same feelings to the opposite gender. There were girls I had much in common with until it came to any hint of physical contact which resulted in an instant injection of discomfort. The confusion turned into a curiosity which started to turn into real feelings and I couldn’t fight any longer. It was time to pay attention to what my heart was telling me.

One weekend afternoon I decided to go home for the day. I took a bus to Northampton and waited for a connecting bus that would take me to the next town before getting back home. I always felt awkward there and with this strong feelings swirling around within me, I felt like I was in a place that was going to expose me to the world. There were more people parading around town than usual. Rainbow flags hung in the front of storefronts and people lined the street. I wasn’t quite sure as to what was going on but I remember telling myself not to make eye contact. There was an extra laugher in the air as smiles shined and a sense of love seemed to orbit around everyone within the organized crowds. And then as I sat at the bus stop I started to hear the music and the crowd cheer. Hands were waving and more rainbow flags were gently massaging the air. People were hanging out of high rise apartment windows and a symphony of voices collided with echoes of “happy pride”. Back then I didn’t know what it was all about but I knew it was a filled with homosexuality and I watched without trying to be interested. But I was and they didn’t all seem so strange anymore as it became obvious to me that I took a wrong turn into something right. It was all about pride and at that moment I knew I could no longer hide.
© 2010