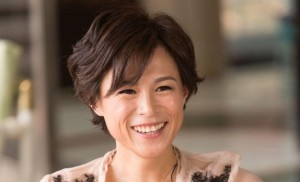 Gigi Chao, the lesbian daughter of the billionaire Hong Kong tycoon who made an offer of up to $500 million Hong Kong dollars to any man who could change his daughter, has penned an open letter to her father. According to CBS News on Jan. 28, Chao just wants her father to accept who she is.

Cecil Chao made headlines with the offer, as he believed it wasn’t to late for his daughter to be changed back to straight by the right man. Although he claimed he had many respondents to the offer, no man was successful because Gigi is happily married to the woman that she loves and simply is who she is. In the letter, Gigi asks her father not to “be afraid” of her partner and accept her nine year relationship.  READ MORE