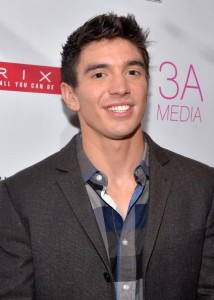 Singer and songwriter Steve Grand, who took YouTube by storm with the video release of his hit song “All American Boy” is scheduled to perform the song at the GLSEN Respect Awards according to a report by the Hollywood Reporter on October 5.

The gay singer rose to broader recognition as the video received 1.5 million views in just the first two weeks after being released back in July. The success of the song, about a gay boy’s unrequited love for a straight friend, led to appearances on ABC’s “Good Morning America” and “CNN Newsroom” for Grand. GLSEN’s Executive Director, Dr. Eliza Byard, is excited to have Grand a part of the special night.  READ MORE At Examiner.com