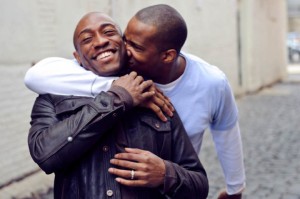 “Written Before I Found Love Again”

I remember all the possible feelings of being cuddled in another’s arms; the soft caress of eyes interlocked for moments of eternity. I remember the aroma that lingers when love fills the air like the breath of a warm rain ready to shower the earth with radiance. There was once a time I thought love was a myth. I was a young teenager waltzing in a maze of my own imagination just feeling like I would never find that feeling of magic. I learned love was like a dream but no one ever taught me the many personalities of love. As I’ve grown and continue to grow I’ve learned that love is not just that magical feeling two lovers orchestrate on mountains of passion, love is also inhaling the tears and moments of sickness. Love is standing by someone when they are at their weakness and love is about letting go. Some say love creates those moments of healing and self-renewal and I say love is the lead vocal in this song called life.

One night I stood in a crowded club watching like I tend to do. I saw two younger men who found each other in that same club. They were introduced by circumstance and took a chance by allowing their hearts to dance. I thought to myself how happy they looked and I was happy for them. Every time their smile gazed into each other’s eyes, there was electricity that filled the air. They were creating a music that symphonized throughout the night. I remembered that moment as my own, right there, in that very club and it made me once again yearn for the warmth of just having another soul think about you that way. I missed the comfort of another’s heartbeat vibrating throughout my own body and that night as I watched these two lovers I wondered about their journey and if they would be able to survive the obstacles and if they would still look at each other with that mesmerism once flaws were exposed. Some say love is limitless when it is unconditional. I watched love grow that night.

On the same night I continued to voyeur this new connection. I watched them hold each other and interact with friends. They were like magnets always finding their way back to one another. This was something refreshing in the gay community; it was a magnetism I once had but had given up on because a lot of men just want that one night stand or that one time claim to your heart. As the night went on I took my eyes off the couple and focused on my own enjoyment which just led me to get drunk off of memories of what I had and I leaned against the bar just wondering why so quickly did love yank its claws out of me without warning. Some say love strikes you when you least expect so I guess it can go both ways. Some say love can only exist between a man and a woman but everyday someone is proving that wrong. Somewhere two women are laying on a couch dozing off in to each other’s minds and somewhere two men are sitting on a porch watching the stars align in the shape of their hearts. Somewhere the love I once had is thinking about me as I think about him and before me that night two young lovers were exercising their love into a new strength. Some say this love is a sin but how can it be wrong when it is so beautiful when it just feels right.