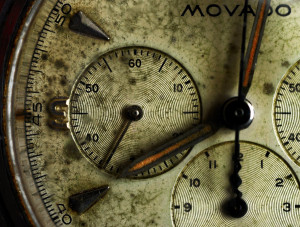 Somewhere within time, there is an answer.

There was an older man who stood in front of a local storefront searching for truth.  He had a handle on life as he gripped onto his walking stick tightly, a stick that supported the frame of his aging curiosity.  Perhaps he was wise or just courageous but he captured my attention on a day my mind was occupied by the study of time.  He just stood there watching movements as if he was experiencing the genius of sight for the first time.  No one else seemed to know he was there as he smiled at each question walking by.  Each set of eyes that ignored his glance was a new truth that was realized and each footprint engrained on the sidewalk of being was a new knowledge gained inside the intellect of a man searching for that one answer he was afraid might not exist.

And as the day drifted slightly into a new direction he remained standing there exploring all aspects of that something he seemed to be seeking.  I wondered what it was that kept him mounted there as a motionless mime with a painted on face resembling discovery but I couldn’t figure out his motive or the thoughts that were transitioning though his mind as figures passed him by without any reaction to the introduction of his eyes.  He seemed to be admiring the activity known as action.  He stood paused within a time frame trying to capture moments; a moment he never let go of or a moment he never lived…yet.  And then a younger man stopped directly in front of him to tie his shoe.  The older man blinked for what seemed like the first time and then smiled as the younger man raised his head up to notice a man no one else seemed to have seen.

“Hello” said the older man with a slight nod.  But the younger man just watched with stunned eyes.  He didn’t answer back but instead slowly backed away as if he was seeing something spectacular.  The older man finally captured the attention of that one someone who was once him in a different fragment of time.  He was that younger man’s future and that younger man was his past.  The answer was found and the truth was in the proof that he lived once before in front of that same local storefront where he once tripped over his untied shoe lace that broke his hip and fractured the rest of his life.  He found his truth and that truth was that he was meant to be there again but this time to change the path of his own fate.