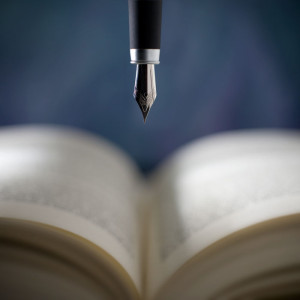 There are no experts in the world of expression.

We all read and interpret for different reasons.  As observers we challenge with opinion and gain knowledge by offering knowledge but we can’t critique someone’s heart even if the emotions are misspelled.  I once found myself endlessly free writing in my freshman year writing class.  My TA was a woman in your mid twenties, a very enthusiastic scholar type who gave us the exercise about writing about a moment in time.  She offered us to take ten minutes to write whatever came to mind however we wanted to write it so I took my mind on a mental voyage to a summer barbeque in the back yard in a neighborhood I once lived.  I was able to capture the atmosphere as though I was actually there from the buzzing of the bees to the charcoal aroma of hamburgers and hot dogs sizzling on an eighty-five degree day.  For those ten minutes I was a young teenager again sitting around watching the grown folks play spades and sing along to Al Green.  But my vision inside this time capsule was the presence of the older man who sat alone across the street watching us.  My free write became more about my observance of him and how our day of joy was viewed through his eyes.  He began to take control of my pen and when that enthusiastic TA said “Time is up”; I realized I ended with a different journey than I began.  I honestly thought I wrote a piece of crap.

When we live the moment, we are our own worse critics.

The next class a few days later, our TA instructed us to take that free write and write from another perspective.  I wasn’t too fond of what was written but it gave me the opportunity to put my mind inside the mind of that older man watching us.  He became my voice and I captured his loneliness in watching his surroundings.  Through his eyes was a vision of change.  Things were different than when he was young.  He remembered a time when the sounds of fireworks were actually sounds of delight and not the sound of gunshots.  He remembered when there was a respect for elders; a respect he recognized again in watching the young boy who was me.  Again, I didn’t think I wrote anything great until the TA called me into her office one afternoon with a smile ear to ear.  She wanted to ask my permission to use my piece for her dissertation.  Her vision of the story was that I was connecting generations by becoming this man and what he was actually watching was his history as in my original piece I was looking into my future.  Towards the end of the story I had the young boy crossing the street to ask the older man to join them.  She evaluated this as a merging of generations.  She found genius in something someone else may have read as just a story about a barbecue.  What impressed me more was she took the time to understand and appreciate the emotion and never once tried to correct my heart.

Critique is the journey of interpretation not its destination.