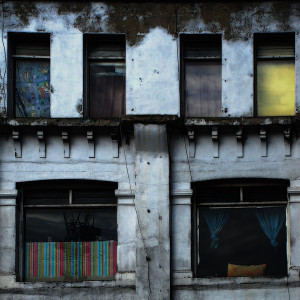 Life is a diversity of tears.

We are all the same because we cry different and we are different because we have our own ways of believing.  I walk the streets at night on the feet of a tired mind watching and seeking that one vision of change.  I see lampposts blink in a magnitude of light exposing eyes that hope to conquer the many forms discrimination that lurk in dark alleyways and hide behind the boarded windows of crumbling dreams.  It was a long time ago when I was much younger that laughter taught me to be afraid of these same distorted streets but resilience taught me to study each insult and magnify them into new forms of compliment.  I am no longer afraid of this sort of darkness because in each embrace of a new stare relinquishes that fear we develop of being an image of non-acceptance.  We are a diverse determination of hope because we are not who we are through birth; we are who we are because we have to dissect and sculpture the challenges of this earth.

On these same streets I saw a homeless white man praise a rich black man and thank him for recognizing his value as a human being.  They touched each other’s hands as if they were brothers because they were and because somewhere before in time their roles were opposite.  I saw an Asian woman kiss the smile of a Latino woman as they stood on the same curb; one on her way home from night class and the other singing into the night with a voice heard by an elderly gay man who never thought he would see the day that a young straight man would stop to offer him a hand to help his old youthful bones a guide across a street where different cars honked out of tune towards the same opposite direction.  There was harmony as the many songs became of chorus of growth and exposure.  In each flaw was an originality of prosperity and I begin to feel the tears rain from a clear night sky.  These were tears of joy, anguish, failure, achievement and realization; these were tears of Black men and women who challenged prejudice with pride and self beauty; these were tears of the Irish overcoming struggle through hard work and self-preservation; these were tears of Japanese children who were led to believe they didn’t have a place in a country built on freedom; these were the tears of Jewish boys and girls born in concentration camps before they even had the chance to breathe equality and these were the tears of Cuban travelers swimming miles to rest on the land of liberty.  Each of us no matter the skin we are born in have face and will challenge adversity so why not do it together in the fields where all tears have created a beautiful garden of victory.

Diversity is the many bloodlines of life.