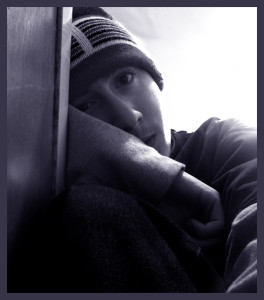 The greatest abandonment is when one forgets to love themselves.

There is certain predictability in life and we usually don’t see it until its right there in front of us, usually a moment too late.  The early evening began to collapse into night and I locked the door to my car and cautiously looked around as I commonly did on those kinds of nights as the downtown area had become a place where desperate eyes lurked for any breathe of criminal need.  But still a part of me felt I was always safe in that area; I felt I was immune from the thievery of starvation’s greed as no one ever targeted me as vulnerable in those situations.  I always believed in giving the benefit of the doubt in those I, myself, stereotyped as potential harm because I knew that feeling of being wrongfully accused from frightful perception of being something I definitely wasn’t.  And as I walked against a gentle breeze I could feel an activity in the air.  It was the beginning of the weekend and many scents of drunken smiles were in the air as well as the perfume laughter and the aroma of stressed souls taking shots of relaxation even if temporary.  Maybe I was one of those souls, but I knew I was happy to be out and soon amongst friends and neglect the pressures of this world.

There are times our surroundings manipulate our minds.

As I walked I paid a little more attention to the atmosphere of shadows walking past me.  I didn’t walk with a fear because I knew I wasn’t the usual target for any type of trouble.  I had on a muscle shirt that outlined a tough looking exterior and consciously hid a soft heart.  I was pretending to be unapproachable but it wasn’t believable enough as I heard his words ask for spare change.  He was slender in stature and work clothes dirtied by days on the street.  He had a distance in his eyes that I recognized and an annoyance I heard before but couldn’t place it.  I kept walking without acknowledging his presence and I neglected his question because I didn’t want to be bothered but the further I was away from him the more familiar he became.  Just a few months earlier he was the same guy, cleaner and with more spirit, who greeted me on that same street.  Back then I took the time to acknowledge his appearance.  He was pleading for help even back then but I never thought it would get that bad.  As I looked back I saw many others passing him by and I saw anger exploding as each stare ignored him.  He was addicted to his own neglect.

When one fails to recognize themselves others no longer see them for who they really are.

Public Journal:  A Collection of Thought