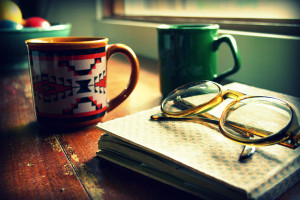 Life peeks at me just to make sure I’m living.

…and isn’t it ironic how you find the growth in yourself that you felt would always be hidden.  And that growth is like a ticking time bomb just waiting to be triggered by fate.  For me that explosion usually happens after a mistake or situations of being at the wrong place at the right time.  Times that I feel like a character perfectly scripted by a screenwriter to be the plot point to transcend the ongoing action of my own existence.  Some say ‘shit happens’ as an excuse to give up on what was meant, but not I.  No I embrace all the shit happening as my chance to find that growth that plays hide and seek with my self-definition.  Without the shit happening at the right times I wouldn’t be the main character in my own sequel.  I would just be the observant silhouette watching my own life rolling with the ending credits of wasted time.

And isn’t it ironic how your thought process changes as that same shit happens.  I didn’t think I would be a fucking poet writing and writing to the masses who decipher my expression into the many interpretations of a man complicated by chance.  Everything I thought wouldn’t happen to me have happened too early but perhaps at the right time.  I wouldn’t have made connections if it wasn’t for loss and I wouldn’t have made many transgressions if it wasn’t for fear.

Because there were times, and still are times I want to fun from the clarity that will continue my growth of further exposure.  To befriend poetry and leadership in the midst of an alternative lifestyle where childhood fears because I was the quiet one and the unseen one.  And now I stand in the eye of observers inhaling with anticipation my awakened silence.   So it’s pure irony to me that I have shifted into every reason I hid behind silence.

Many of those reasons being sculptured by success.

But why fear success and exposure?  Because then you have no choice but to live when irony checks for a pulse.

Life peeks at me just to make sure I’m living