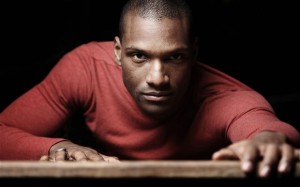 There are times where I’m just an admirer

and there are times…

when I am the admired but for all that I’ve become I still fear at times those unfamiliar eyes that stare at me. There are people who either e-mail me or comment why write these diaries. They say there is nothing wrong with being neither black nor gay and I say true but prejudice and stereotypes and fear is still out there. And as proud as I am of who I am there are times where I have to hide the gay tag to not be instantly judged or ignored. I have to become a stranger to become un-strange to those who don’t know me.

I’m sure your saying, ‘Tarringo, no way’

And my stubbornness and pride at times does win out but I feel like a book with really great content but passed by or put back on the shelf because the cover isn’t appealing so I fight doubly for that chance to just be read between the lines. When I am in public I never believed in showcasing my homosexuality mostly because I know there are many not comfortable with it and I usually just don’t want the attention directed towards me.

I write these diaries and expose my many emotions and thoughts with many. I guess it’s different behind the mask of ink and written expression. I take a lot of bullshit and closed minded ignorance by being openly gay on this medium but I feel it is a voice needed for the progression of acceptance. There are tons of men like me out there silent because they just don’t want to be exposed to the attitudes out there and many of those men and women are dispersed throughout the same presence of strangers I tuck away my own openness in.

Times are getting better, people are becoming more accepting, but you continue to hear tragic stories of gay bashing and horrific murders; the reason why a lot don’t want to be open and stay silent. Although I can kick the ass of many who would dare step my way in that kind of situation, I still find myself hiding who I am when I am unknown. When in the presence of strangers, I, become a stranger to myself.