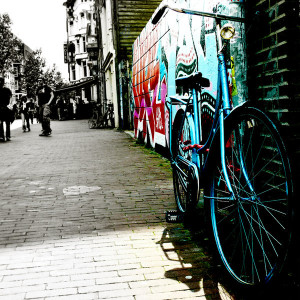 Nothing always means something when the mind spray paints a dream.

I write to put my tag on inspired hearts but furthermore I write to create the images my thoughts formulate.  I found myself staring at the side of an abandoned building one motionless Monday afternoon.  It was polluted with many different flavors of expression that would mean nothing to many, but to me as a poet and a discoverer, I saw many meaning of life shouting to a world that refuses to hear the echoes of the artistic minds of the streets.  Each image was a manifestation of creativity as each life explored through this graffiti was the biography of emotional explosion.  On this wall I heard the cry of a young Latino boy barely speaking English whispering sadness through the graffiti of pain suffered from a friend recently shot down on hungry streets. His tears became his art.

And further down on this wall I listened to the songs of a seventeen year old girl pregnant with her second child with no means of support.  The graffiti of desperation drips from the fingertips of her eyes to the eardrums of my recognition as she is one of many seeing chance through their mistakes.

Her struggle became her art.

As I began to walk away I was tapped on the shoulder by the graffiti hope.  I looked back and saw many faces staring back at me.  I realized that I use to be on that wall defined by a single word.  My tag use to be “promise” because through my spray paint I always promised myself to never give up on that hope we all have for betters times; for a better way to exist.  And when I see others begin to give up I have to remind them of that same “promise” and as a poet, I see the real meaning behind graffiti covered walls.

Poetry is graffiti from the heart.