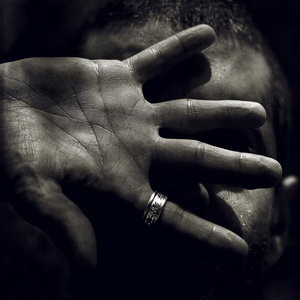 If we could not feel what we see then we would not hear what is heard.

We are the sensitive animal that roams in the open fields of negativity and vulgarity.  We are open targets aimed at for any difference our images communicate and we are often attacked right in the flesh of our flaws again and again until the wound becomes unhealed.  Some of us are tougher than others but mistreatment hurts us all in some fashion.  We can pretend to not see the slurs looking at us when we walk down barren streets but we notice and often wonder why our individuality sometimes isn’t enough to been seen through an understanding.  A blind person uses other senses to get a feel of his/her surroundings so therefore understands what can’t be seen much deeper.

Often we are defined before our pages are read.

I was a witness.  On a cloudy night in the distant past a young girl stood on a corner scantily dressed.  Whistles and yells of ‘slut’ were shot at her in drive by attempts not to see her.  She was lost and was just seeking direction.  Mascara ran down her face and there was no one willing to see her and show affection.  They were blind to her real presence because they looked at her and didn’t want to read further.  Her flaw was to look appealing by revealing what she thought the world needed to see to notice her.  Society should be ashamed of itself because we are what put her there, alone and ignored because of perception.  That night she became blind to her own self-worth.

We use our eyes to feel when we don’t want to understand.