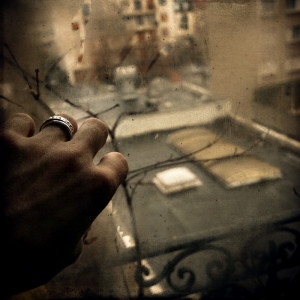 Their eyes sing to me like
they are instruments whistling on these streets
of A capella. Her smile is enough to make me sway
as she stands in front of trees that doo wop
in the vocalized winds of challenge. She is barely young
but not old enough to be a woman. Yet she has wit-
nessed a symphony of pain as a soloist, all alone
on a stage where curtains fail to rise, but she found
her own stardom through the song of strength,
courage and belief and now her vision is heard
because her voice has achieved.

His feet stand like the motion of drumbeats
echoing in a harmonized acoustic as he walks proudly
in shoes manufactured with the fabric of failure.
I watch him as he dances in the freedom of bravery.
He has made himself a man by re-discovering
the definition of his heart and now he is a lead vocalist
in this band of life because he rewrote his lyrics
and his voice is now believed.

And I am a witness to these many sounds; music
of sacrifice and survival. Past pregnancies
of fear now give birth to new visions of hope. An
end of a rope leads to new beginnings hit songs
are captured everyday within the struggles
on these streets of A cappella.

This Poem is published In “A Crack In The Sidewalk” by Tarrigo T. Vaughan