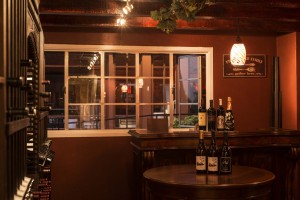 The sunlight glistens as the warmth of early March

There is a steady breeze

twightlight will dim the bright foundation

a place where skiers and snowboarders will soon gather to greet

from near and distant places;

a small town where new created memories will meet;

where the language of time takes a moment to pause

And here, in a small cafe called Ponce

we sit at a tiny table for two

just in the corner of a small rustic dining area.

The wooden floors creak the sounds of generations merged

and in the heated air, an aroma of cinnamon flavored

muffins linger as the ceiling has taken on the same color

As we look into each other’s eyes

there is a little Ella Fitzgerald whispering in the background

appetites starving for some Jazzy Blues as on the walls

the fingerprints of history are barely

faded behind the shadows of observers

captured in different structures of conversation

as are we.   In this place where no one knows our names,

are a witnesses to another chapter in our storybook of love

just as we have become witnesses to the poetry written and observed around us.

colliding on similar paths of inspiration and renewal

and so many lovers romancing life

every aspect of humanity that rests around us.