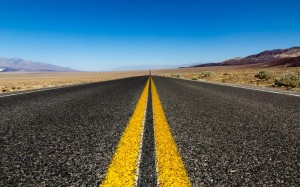 Sometimes I feel I’ve tried too hard– to be everything other
than me/I stare in mirrors waiting for echoes to reveal the eyes
of a man who others aren’t afraid to see but the voice of my reflection
speaks back at me with a dialect of a defined soul who has struggled
through the crutch of society’s plagiarism of my own mind.

I’ve had my heart stolen—emotions copied by predators
with no understanding of how it feels to be born
already torn/into threads; an identity lost in the many
fragments of prejudice hidden clearly within distorted visions
camouflaged inside the confusion of empty smiles,

and where destruction has cried,
I’ve found a way to battle though the roadblocks of my life
and head down the path of sacrifice
realizing to get to my destination I had to fulfill my own need
and break away  to a place within myself
where I could be freed

and because I tried

I have landmarked the journey where the embrace
of individualism indeed succeed.
© 2011
Tarringo T. Vaughan